I'm back home. I ended up staying an extra week. My sister-in-law is dealing with a very difficult issue with her mom.  She has dementia and T was forced to place her in a long term care facility a year and a half ago.

The care is horrific and her mom has been declining fast due to the rampant neglect. When I visited last time, about 6 months ago, I was so appalled at her condition I called  Adult Protective Services. They did investigate and still have an open case. Unfortunately those things take time and things have only gotten worse .

Due to a threat made by the facility, we now have the local and state ombudsman, the state licensure board and legal aid involved. The threat was received Friday evening before I was scheduled to leave on Saturday.  T was in a full blown melt down, I  couldn't leave her like that.  Also, I've  spent almost 40 years in healthcare , primarily caring for the elderly.  I had to stay and help her fight for her mom.  It's going to take awhile for everything to work out, but all the right people have been contacted and the issues are being addressed.

I've spent this week getting settled back in here at home and getting ready for my surgery.  Next Friday is the big day.  I'm nervous, but so ready for my shoulder to be fixed.

I was so hoping that time away would help with some clarity between Musicman and myself.  It has, but not in the way I was hoping for.

I may have mentioned before that my son has rage issues, primarily directed at women. He also has a habit of carrying large hunting style knives and a very large scary handgun on him at all times.  Late last summer he came after me in a rage.  Musicman did not step in to stop it or to protect me. I told my son he had to leave, he did.  I made it clear to Musicman that I would no longer live in fear or as a prisoner in my own home.

Two days before I left my son showed up beating on the door saying he'd been kicked out of his apartment. I did not let him in.  I had found out earlier that day that he had been staying with a female cousin of his who is close in age to him and he was close to.  That was after he'd been kicked out of 2 different friends places.  His cousin contacted me later and told me what happened.  He terrorized her, raging at her just like he does to me.  It was so bad she called the police to get him out.

My son needs help, but he's almost 23 years old. In the state I live in you can't force anyone over the age of 14 to get help unless they harm themselves or someone else.  I specifically told Musicman that I knew our son would show up again and if he let him in I was done.  Is anyone surprised that the day I left he showed up and Musicman let him in?

The whole 6 weeks I was gone Musicman promised me he would be gone when I got home.  Anyone surprised I'm home and my son is still here?  I'm not, I love my son very much, but he needs to grow up and Musicman continues to enable his bad behavior, at the cost of my safety and peace of mind.

I've made no hard decisions yet, I'm solely focused on my health and my upcoming surgery.  I have a plan in place to keep myself safe through my surgery and recovery.  I've had long talks with T and my brother and have a plan in place to get out once I'm cleared from my surgeon's care if it's needed. Of course I'm hoping it doesn't come to that, but unfortunately, right now, it looks like that's exactly what is going to happen. 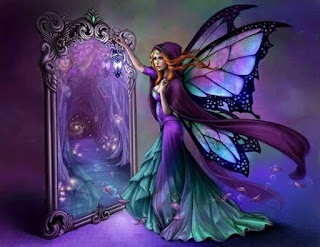