The results of my purchase

We tried the cane. I wish I could say I liked it, especially since I have 25 of them. But, I can't, cause that would be a lie.

It would be a lie, because I didn't just like it, I LOVED it.

I had been having one of those days. The kind of day where every little thing was getting on my last nerve. I had tried, as I always do, to fight it, but I was spiraling, quickly, to that dark place. The place that I don't ever want to go, because it overwhelms me and spurs me to run. He knew as soon as he walked through the door that I was in a bad place. He always knows, cause I get very quiet and distracted, like I'm somewhere else. I am, I'm plotting my escape.

We found ourselves home alone and clearly he wanted to play. When I'm in that dark place, I always want to resist. I want to be left alone, to wallow in my misery. Rationally, I know that won't help anything, but I'm rarely ever rational when I have spiraled that far down. The best I could do was not fight him and try to relax and go with it in the hope it would help.

I had been lying on the bed, ignoring him and everything else for the most part. Lost in my own misery and not inclined to let him pull me out of it. I had donned a new dress. The first new one of the season, in an attempt to cheer myself up some. It's very colorful, white with vividly colored flowers on it. The top of it is corset style, with a short flared skirt. He's always insisted on easy access, so no undies, of course.

He joined me on the bed, pulled the top of my dress down and began playing. Eh, okay, I can go with this, but wasn't really feeling it. Mind you, the thought of saying no, asking him to stop, or in any way rebuffing, or hindering his advances, never crossed my mind. I just don't ever do that. Then he picked up the cane he had previously picked out and had waiting close by.

I remember feeling it, smooth and cool, as he ran it over my chest. Then the sting as he flicked it lightly on my tit. I remember a sharp inhalation of breath and the following sigh, which happened with every flick of his wrist. The slowly spreading warmth didn't consciously register until much later.

He ran it up over my face. Again, I remember feeling how smooth and cool it felt as it slid across my cheek, slowly, towards my mouth. I turned my face into it, as he ran it over my lips, the urge to reach out with my tongue and lick it's length, as it slipped through the crease, was almost my undoing.

I say almost, because, a moment of sanity occurred and I had the thought, "wet cane = bad idea". I resisted the urge, though by then I realized, he had me. He had pulled me back from the brink and we were just getting started.

I felt myself slipping, sliding in to his control, going to that wonderful place, where everything is beautiful. Okay, couldn't resist that last one at the end. Heeheeheee.

I have more to say, but that's enough for now. It's been a long day, I'm tired and it's time to recharge with my Musicman. 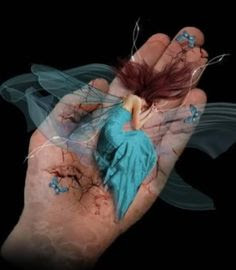