It's been about a month now since our move.  I'm not gonna lie, the first couple of weeks were rough.  Very rough.

Musìcman was extremely stressed and taking it out on me.  I was doing everything I knew to be understanding and supportive, but he was saying and doing some very hurtful things.  I really began to regret giving him another chance.

I really thought that when I left him back in November he would have realized that I've changed.  We had enough conversations that I thought he grasped the fact that I am no longer going to allow him to disrespect me in any way.  He didn't.

Sad to say,  but things became so bad that I told him to pack his stuff and go back to where we moved from.  He didn't, but he has had a major change in attitude.

He's finally starting to realize that we have opportunities here to make a better life for ourselves.  He's starting to learn how to relax and enjoy himself again, something he had forgotten how to do.  I'm starting to see more and more glimpses of the wonderful man I fell in love with all those years ago.

Due to the fact that we are living with my brother and T  there have not been much chances for playtime,  but  I'm very hopeful that will change once we find our own place.

I don't believe that once we get our own place that playtime will just be picked up where we left off.  I don't want that.  We definitely need to redefine what TTWD is for us.  An entirely new start.  I'm looking forward to that. 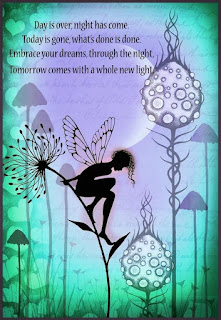