Hi all.  So much has happened since I was last able to write.

I spent time getting settled in with my brother and T.  It truly feels like home to me and I've been very happy there.  The only thing missing was Musicman.

It's hard to walk away from a 33 year relationship, especially  when you don't want to, but I had to.  If I was going to survive and thrive, be happy again, I  had to leave. I left it up to him to make the decision to join me or not.

It didn't take him too long before  he was saying he made a mistake.  He admitted he had been focusing on all the wrong things when he should have been focusing on me.  Yep, sounds good, but what are you going to do about it ?   At this point, words mean very little to me.  I want to see action.

He got vacation time at the new year. He came down the weekend before New Year's.  I was cautiously optimistic about starting the new year with him in my new home.

He had several job interviews setup.  He knew I wasn't going back to our old home unless it was to pack up because he had a firm start date for a job in the city that was my new home.

I have family and friends in the new city.  I've  begun building a new life there.  I've definitely changed, but I still want him in my life.  I just want it on my terms.  Might seem like a lot to expect, but I've  given up a lot over the last many years for everyone else. This is my time.

I'm currently happily ecstatic and exhausted.  Musicman, the man who was born, raised and lived his entire  54 years in the same 5 mile radius, received multiple job offers in the city I now consider home.  He's moving 600 miles away from everything he's ever known.

A new city, a new job and eventually a new home.  And he's  doing  it to be with  me.  I'm so happy I don't even have words.  I've  wanted this for years, though I never  really thought it would happen.  Someone needs to pinch me so I know it's  real.

Things are hectic, and it may take me awhile to get back here, but hopefully I will, with tales of faerie flying again. 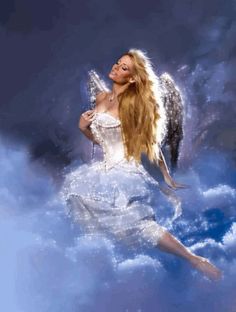